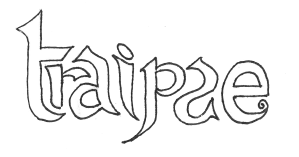 Make your way, as we did once, southeast from Marrakech up the Ourika Valley into the Atlas mountains of Morocco, and you could well find yourself on the second floor of a stone cottage, sipping sheeba, a hot cup of Berber hospitality.  With the roar of snow melt in the background, our host explains that this infusion of wormwood, mint and sugar beside an open fire establishes tribal welcome.  Carried on its scent is a bitter-sweet story like few others, a story worthy of the steaming tea.

Midst these barren hills and snowy ridges have taken refuge from the press of history an indigenous people spread out in a great arc from Libya to the coasts of Morocco and beyond to the Canary Islands.  Driven from the coastlands by successive waves of the Phoenicians, the Greeks, the Romans, the Arabs and the French, the Berbers – or, Amazigh – have bided their time in the high plains and fastnesses of the Atlas, tending their herds and fields, buying up what scant opportunities came their way.  In their walled towns came to live other wanderers: Jewish traders, Christians, scholars and heretics, and fugitives from the coastal powers.

Wandering in the medina of one of their walled towns I happened by a star of David, a hoary Jewish synagogue, its gates chained and secured with a giant padlock.  A hooded gentleman standing in the narrow street tells me the Jewish children were once his fond playmates.  “But they all left years ago,” he says wistfully. ‘It was a great pity’.

Though driven into that mountain hinterland, and beyond, into the Sahara (the Touareg are a Berber people), they have left their unattributed fingerprints on many pages of world history.  Pharaohs, popes, Roman generals, and scholars came trailing Berber roots:

– St. Augustine of Hippo, towering figure of medieval Christian theology, was a child of Berber parentage, nourished on the confluence of thought and civilization that was North Africa.

– Or, consider Ibn Battuta, the 14th Cent. traveler of old, who is reputed to have wandered 70,000 miles while chronicling the lands and ways of people from the Swahili coast of Africa to the Mongol court of China; from Andalusia through the classical Muslim Middle East.

All these and beyond, their prowess as horsemen and weavers, their tradition of martial women and their music and dance; their capacity for resistance against all comers and pride in their traditions as old as rock art, all these are swirled into that fragrant cup of minty Berber welcome.

Walking through that wintery Ourika valley town I stopped to greet and then watch an iron smith working at his forge.  I spotted there an unpretentious doorknocker, yet blackened from the hammer and anvil, a curious souvenir without even a hint of refinement. But it came home with me and found an honored place on our door in Atlanta.  Its rapping sound – beyond friend or neighbor – seemed to announce a faraway mountain people who yet seek a full seat at the planet’s table.  Meanwhile, they are serving a cup of Berber tea.

7 thoughts on “Souvenir: Wormwood and Mint in the High Atlas”